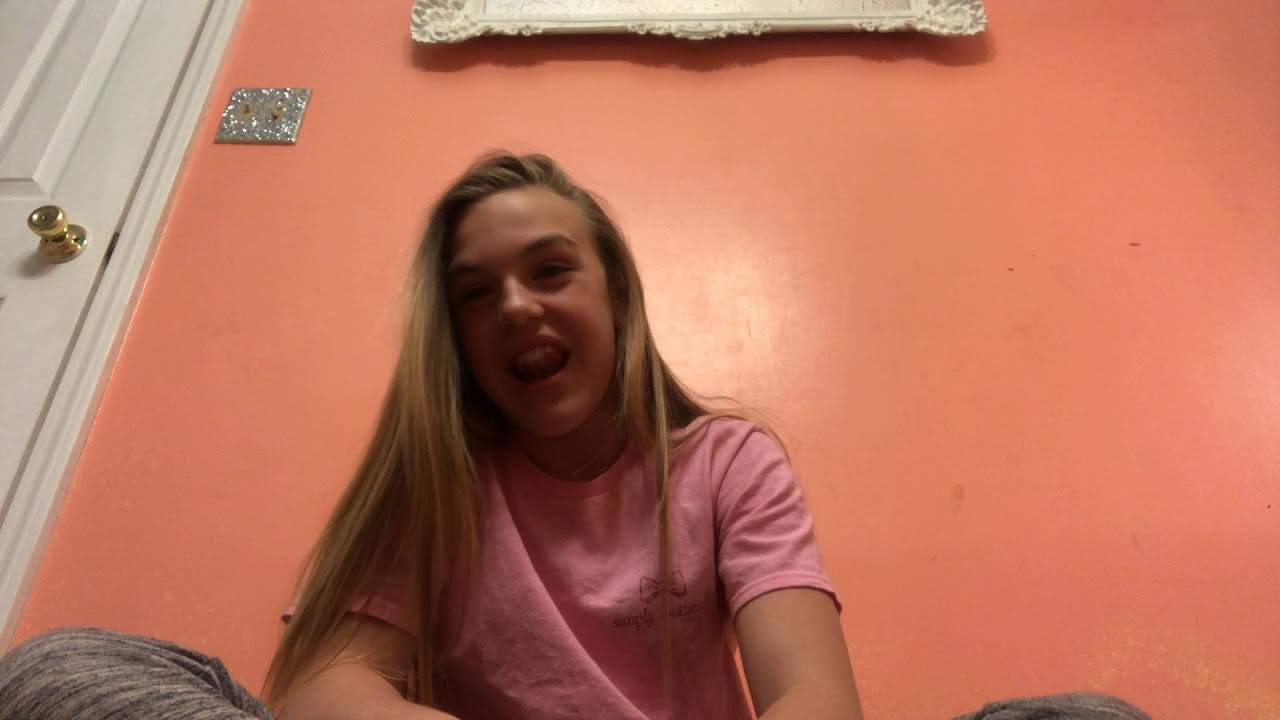 Most popular baby names of 2018 ranked:

How popular is your name? Search to find out!

The Aquamarine is the birthstone for people born in March. Aquamarine, meaning "water of the sea" is derived from the Latin word "seawater", or "aqua marina". Traditionally a stone of the sea. Originally believed to be treasure of mermaids, the Aquamarine embodies the seas itself. Granting the powers of cleansing, soothing, and also calming. Often used by sailors for safe passage, the aquamarine grants the wearer safety with all traveling down over, or near water.

Ancient Romans believed the gem stone would help promote peace, and convert enemies and foe to allies. It was believed to reawaken love in married couples, and grant invulnerability to soldiers.

Generation alpha is still very young. Being born into the modern world this generation will have exciting oppurtunites and challegens to face in the near future.

Generation Alpha, or the 'Next Generation' are still very young, being born between 2011 and 2025

You are part of Generation Alpha

Pisces tend to be very sensitive and reserved. While also being great listeners and friends

March 9th, on this day in History:

Your birthday is on March ninth, 2018. Being born in early-March says a lot about you. Your zodiac sign is pisces, your birth-stone is the Aquamarine, and your birth flower is the Daffodil (both of which make great gifts for someone with this birthday). You are 2 years old, and were born in the middle of Generation Alpha. Which generation you are born into makes a huge impact on your life, click here to see our interactive table and learn more. You have been alive for 923 days, or 22152 hours, or 1329120 minutes! Your next birthday which is in 2021, is on a Tuesday.

View the month calendar of March 2018 including week numbers.

See also the position of the moon, check the Moon calendar 2018.

Link to Calendar-365.com - Place on your website or blog:

North Korean leader Kim Jong Un has invited President Trump for talks, and Trump has agreed to meet him by May, South Korea's national security director, Chung Eui-yong, told reporters outside the White House on Thursday. The White House later confirmed the news. Kim has committed to halting missile and nuclear weapon testing in the meantime, including during joint U.S.-South Korea military exercises next month. The U.S. and North Korea don't have formal diplomatic relations. Trump will be the first sitting U.S. president to meet with a North Korean leader. The surprise agreement marked a sharp turnaround after a period of rising tensions, in which Kim called Trump a "dotard" and Trump referred to Kim as "little rocket man," threatening to respond with "fire and fury" if Pyongyang threatens the U.S. [The Washington Post, The Associated Press]

President Trump on Thursday signed a 25 percent tariff on imported steel and a 10 percent tariff on imported aluminum, saying the measures were necessary to protect U.S. companies and workers from unfair trade practices. Trump defied opposition from fellow Republicans and threats of a trade war from allies, although he exempted Canada and Mexico as they renegotiate the North American Free Trade Agreement. Trump also suggested Australia might be able to win exclusion. The tariffs will take effect in 15 days, and Trump said other countries with a "security relationship" to the U.S. could negotiate "alternative ways" to make sure their trade relationship with the U.S. is fair. Trump said unfair trade relations have cost millions of U.S. jobs, "and that's going to stop." [The New York Times]

Women held strikes and large demonstrations around the world calling for gender equality and empowerment on Thursday to mark International Women's Day. Spanish women launched a 24-hour strike against gender violence and the wage gap, while demonstrators filled streets in such cities as New Delhi and Seoul. This year's annual event was energized in places by the recent #MeToo and Time's Up movements, which have raised awareness of rampant sexual harassment and assault across all industries. Margrethe Vestager, the European competition commissioner, tweeted a call for women and men alike to "engage," saying, "We need power to make equality a reality." Farida Nabourema, a rights advocate from the West African nation of Togo, tweeted support for all female activists "being abusively detained by dictatorial governments." [USA Today, The New York Times]

Manafort pleads not guilty to second round of charges

President Trump's former campaign manager, Paul Manafort, on Thursday pleaded not guilty in a Virginia court to 18 charges, including tax evasion and fraud, in the second criminal case filed against him under Special Counsel Robert Mueller's investigation into Russian meddling in the 2016 election. A trial date was set for July 10. Manafort also pleaded not guilty in a related case in Washington, D.C., set for trial on Sept. 17. Manafort's former business partner, Rick Gates, who also served as a Trump campaign aide, has pleaded guilty to conspiracy and lying to the FBI in D.C., and charges in the Virginia case were dropped under a plea agreement, although they can be revived if he doesn't provide the cooperation expected. [The Washington Post]

The Broward County Sheriff's Office on Thursday released recordings of 10 of the 81 calls it received during the Feb. 14 shooting that left 17 dead at Marjory Stoneman Douglas High School in Parkland, Florida. In one call, a male, possibly a student, whispers, "Someone is shooting up the school at Stoneman Douglas." One operator tells another that he heard two bursts of gunfire while talking to a student. In another call, a woman can be heard in the background, telling her daughter, who is hiding in a classroom, "I love you, I love you. It's going to be fine if you hide somewhere. Can you play dead?" Officers burst into the room seconds later and the parents learn their children are safe. The operator then sighs and says, "Oh my God." [The Associated Press]

The State Department has closed a consular office in Playa del Carmen, and barred U.S. government employees from traveling to the Mexican resort city on the Caribbean coast, citing an unspecified "security threat." The Mexican government said the city was safe despite the U.S. alert. "All tourism and economic activity in Playa del Carmen continues in a normal manner," the government of Quintana Roo said in a statement, noting a hotel occupancy of 80 percent. Although there were no details available on the current warning, it came after a bomb exploded on a ferry between Playa del Carmen and Cozumel in February. [ABC News, The Associated Press]

Twenty-one people have been treated for exposure to the nerve agent used in this week's attack on ex-Russian spy Sergei Skripal and his daughter, British police said Thursday. The only people still hospitalized are the Skripals and a British police officer who tried to help them when they were found unconscious on a bench in the city of Salisbury in southern England. Some of the other patients had blood tests or were given advice and other support. Police said there was no danger to the public. Skripal and his daughter remain in critical condition, and the police officer, Sgt. Nick Bailey, is in serious condition. British Home Secretary Amber Rudd called the use of a nerve agent on British soil "brazen and reckless." [The Associated Press]

Mississippi's House approved a bill seeking to bar women from having abortions after 15 weeks of pregnancy, the most restrictive such ban in the country. The state Senate passed the bill Tuesday, so it now goes to Gov. Phil Bryant (R), who plans to sign it next week. "I want Mississippi to be the safest place in America for an unborn child," Bryant said in a statement. Abortion-rights groups denounced the bill, and the state's lone clinic that provides abortions said it would challenge it in court, noting that courts have never upheld a law barring abortions before the 20-week viability marker, where a fetus could possibly survive outside the uterus. "We certainly think this bill is unconstitutional," said Katherine Klein, equality advocacy coordinator for the American Civil Liberties Union of Mississippi. [Clarion Ledger, The Associated Press]

David Chase has a script for a new prequel movie for his hit show, The Sopranos. New Line purchased the script, which reportedly features characters from the Emmy-winning series that ran for six seasons on HBO between 1999 and 2007. The film, called The Many Saints of Newark, will take place during the Newark riots of the 1960s. "I couldn't get any more information about the plot," writes Deadline's Mike Fleming Jr., "but the time period indicates there will be room for Tony Soprano's father, Giovanni 'Johnny Boy,'" and a host of other familiar faces. Chase, who is also producing the film, will reportedly be involved in picking the director. [Deadline]

Former President Barack Obama is negotiating a deal to produce a series of high-profile shows for Netflix, The New York Times reported Thursday, citing people familiar with the matter. Under the proposed deal, Obama and his wife, Michelle, would produce shows that would only be available to the streaming service's nearly 118 million subscribers around the world. Obama reportedly does not plan to use the platform to respond directly to conservative critics, but to produce shows highlighting uplifting stories. "President and Mrs. Obama have always believed in the power of storytelling to inspire," Eric Schultz, a senior adviser to the former president, said Thursday. Possible show ideas include Obama moderating conversations on such topics as health care and voting rights, or Michelle Obama addressing nutrition. [The New York Times]